Once you get a taste – from summer employee to meat expert

As a high school graduate, Tomi Valonen never imagined that a summer job at HKScan would inspire him, spark an interest to study in the field and guide him towards an ascending career path. That is precisely what happened, however, and Tomi, who was appointed as a Foreman at the Rauma Unit this past autumn, couldn’t be happier.

Tomi Valonen applied for a job at HKScan in spring 2012 after he completed his matriculation exams, as, by that time, he had reached the required age of 18 and heard great things about the company from friends. He was hired for a position in the cutting department and the work proceeded so smoothly that, by autumn, Tomi had already moved up to the position of line manager - a position that he held until it was time to don the grey uniform for his military service. 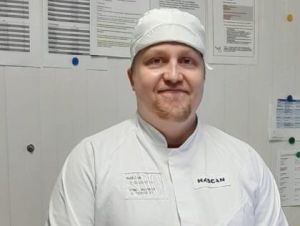 The work in the cutting division of HKScan’s Eura unit was supposed to be just a temporary job between the end of school and the start of the military - but the opposite happened.

Following service, Tomi contacted his previous supervisor and was hired back into his old position at HKScan. His eagerness to learn led him to eventually apply for a position in the slaughterhouse. He started as a temporary bird hanger and by the end of 2014, he was hired permanently to the cutting department.

“I really enjoyed my work tremendously. The atmosphere was good and my co-workers were great. The shift work also suited me well, since the variation kept things interesting”, Tomi reminisces.

Even though all aspects of the work were satisfying, Tomi began, over the next year, to take a serious look at his future career prospects. The food industry had begun to interest him further, and training, in which he could draw on his prior work experience, became attractive. After investigating the different options, Tomi decided to pursue studies in the Biotechnology and Food Engineering programme at Häme University of Applied Sciences. His employer encouraged his desire to study and enabled him to take the necessary study leave. During his holidays from his studies, Tomi always returned to his familiar tasks at HKScan.

“I enjoyed my studies – it was suitably challenging and expanded my outlook and understanding of the Finnish food industry. As a bonus, I also made lasting friendships with many of my fellow students”, Tomi says.

The third year of studies included a six-month internship. Tomi dropped in to HKScan to discuss the possibilities for an internship there, and he was hired on the spot as a summer foreman in the slaughterhouse.

“I was a bit nervous about how my former co-workers would react to me coming back as their foreman, but my worries proved to be unnecessary. The internship was instructive and an all-around beneficial experience”, Tomi states.

In early 2020, Tomi returned to work while also completing his thesis. By autumn, he was hired permanently as one of two foremen in the slaughterhouse of the Rauma Unit.

“HKScan is a great workplace in that they truly encourage their employees to develop, and there are opportunities to advance and take on responsibility if you are interested. When discussing the position of foreman, the Head of the Unit already began discussing my future career development”, states Tomi.

HKScan is a large, international company that is working towards becoming a versatile food company. The company, which aims at achieving carbon neutrality, offers a wide variety of work tasks from the development of responsible primary production and ethical procurement to innovative consumer marketing. Responsible products and a focus on sustainable development are central aspects of our corporate approach; a fact that further increases the significance of the important work tasks we carry out within the food chain.

“I think it is absolutely worthwhile to apply for a summer job at HKScan. There really is a good and active work atmosphere, and it gives you the opportunity to see whether this field would be a good fit for you in a more permanent way in the future as well.”

The work at the Rauma Unit’s slaughterhouse is carried out in two shifts. For the morning shift, Tomi arrives around four a.m. and finishes at noon. The start of the shift involves reviewing the department results from the previous day and sharing them with the personnel. After the morning meeting, Tomi ensures that everything in his department is operating as it should, and if that’s not the case, he takes immediate action to rectify the situation. Part of his workday involves tasks related to administration and personnel.

The evening shift begins at 12 noon and ends around eight in the evening. The work ends when the chickens that have been brought to the Unit have been slaughtered – and not a moment earlier. The welfare of the animals is of the utmost importance at HKScan. This is the reason why, for example, every shift at our slaughterhouse is overseen by an employee responsible for the well-being of the animals in addition to being supervised by the foreman.

And what types of characteristics are beneficial when working as a foreman? According to Tomi’s opinion and experience, a foreman should have a problem-solving approach as well as the ability to make deductions, to react quickly and to tolerate stress.

“Although you might not believe it, it’s rare for any two workdays to be alike – quite the opposite in fact”, says Tomi.

Supervising more than 30 employees at the slaughterhouse is a central and satisfying part of Tomi’s job.

“As a supervisor, it’s crucial to recognise that people are individuals and that you have to adapt your approach so as to be suitable for each person you are dealing with. No one is ever finished learning how to be a good supervisor, it's a continuous process of development”, adds Tomi.

Leisure interests include cooking and nature

As one might imagine, food and baked goods are a big part of Tomi’s life outside of work as well, particularly when it comes to his favourite – cinnamon buns!

“I enjoy trying things out and cooking all types of new foods at home. My latest conquest is making my own sausages”, explains Tomi.

When he isn’t in the kitchen during the summer season, Tomi also enjoys playing disc golf at one of the many local courses.

“I have always also enjoyed spending time outdoors, and disc golf provides a great way to do that along with hiking.” 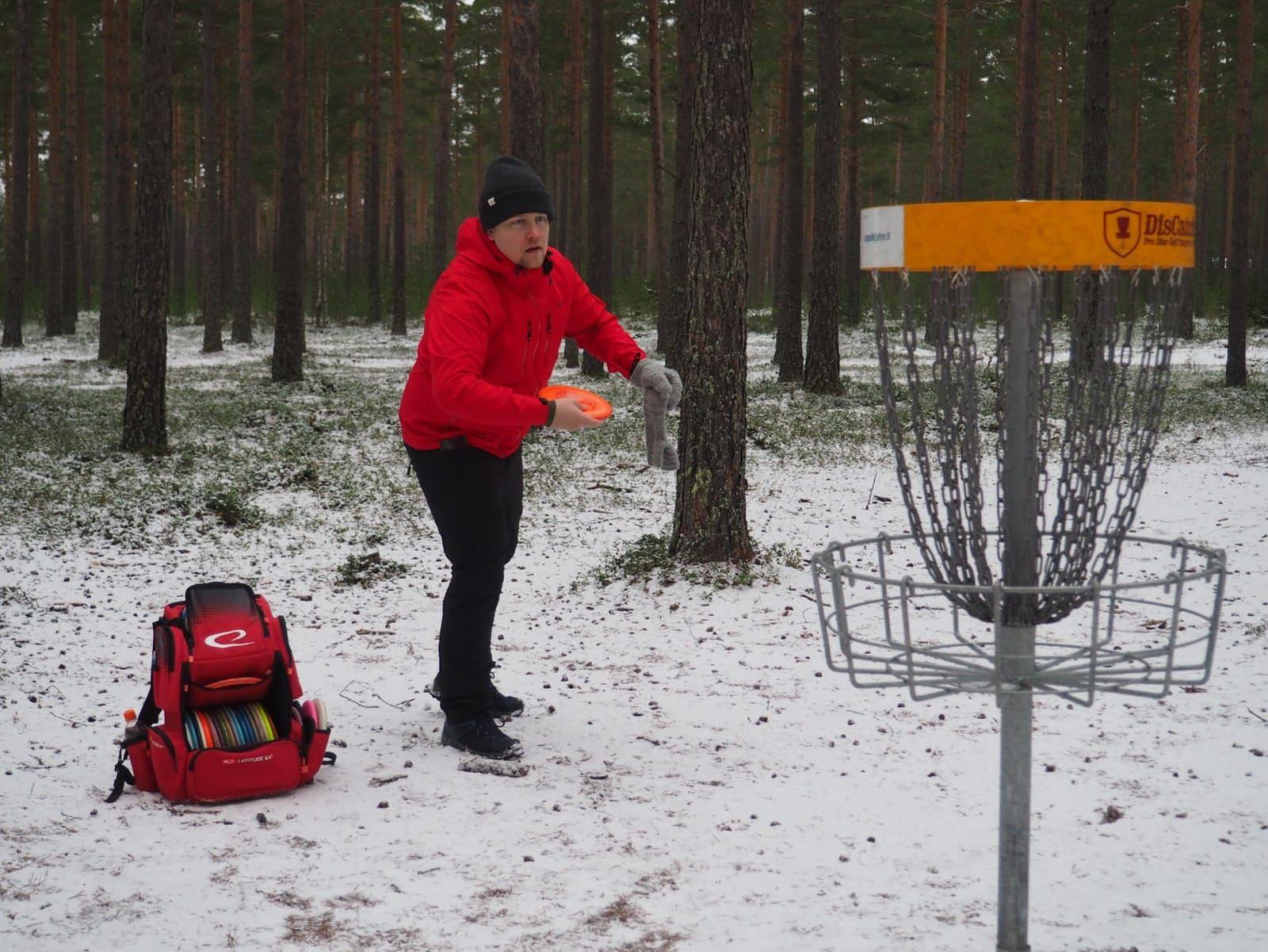 Tomi currently lives with his spouse in Eura. The commute to Rauma takes half an hour each direction by car. Shift work means that the majority of the commuting is done during twilight or dark hours of the day, so a move to Rauma may be in their future. Only time will tell.