Information on HKScan’s largest shareholders is based on data received from Euroclear Finland Ltd.

The information is updated monthly. 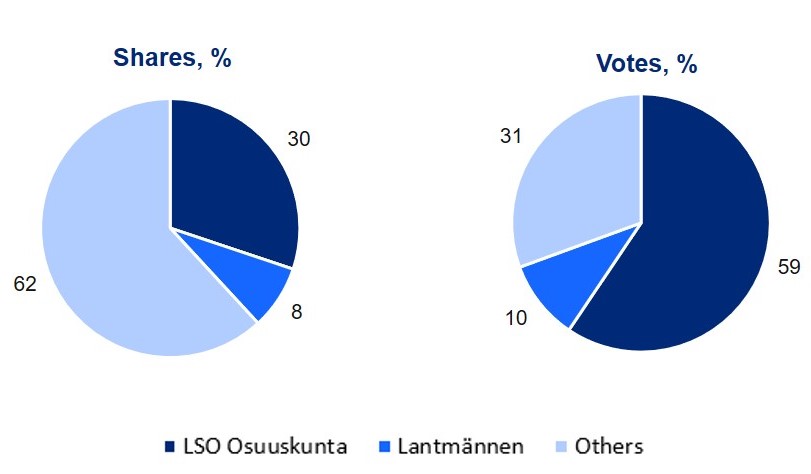 Lantmännen ownership's are nominee registered and not shown on the list of major shareholders.

HKScan's main owner LSO Osuuskunta is a cooperative, the approximately 1,200 members of which are active meat producers in Finland. LSO's assignments are to support its members' meat production and marketing by exercising ownership in HKScan, promote its members' and HKScan's profitable and competitive business and foster HKScan's development and ability to bring economical added value to its owners.

Read more about LSO Osuuskunta here (in Finnish only).

Lantmännen is an agricultural cooperative and a leader in the Nordic countries in agriculture, machinery, bioenergy and food products. Owned by 25,000 Swedish farmers, Lantmännen has 10,000 employees and operations in over 20 countries.