Rakvere meat factory still holds this position of being the largest and most modern in the Baltics.

The history of Rakvere meat processing plant dates back as far as 130 years, into the year 1890, when the first slaughterhouse in the town of Rakvere was opened. In 1944, the sausage factories of Bauman and Schenkel were merged with the slaughterhouse and the resulting company was named Rakvere Lihakombinaat.

In 1963, the meat processing plants of the towns of Narva and Kohtla-Järve were merged with the company in turn. 24 years later, in 1987, a Finnish construction company named Suomen Rakennusvienti began building a new production facility and three years later the largest and most modern meat processing plant in the Baltic states was complete, marking a new beginning for the current Rakvere meat industry. Rakvere meat factory still holds this position of being the largest and most modern in the Baltics.

Rakvere has been Estonia's best-known and most loved food brands for many years. For example, Rakvere franks, Rakvere cutlets and Rakvere grill ribs have been consumers' favorites for over 25 years. 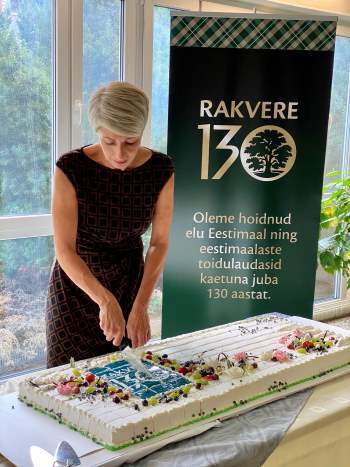 Rakvere 130th anniversary is celebrated
eating cake in all locations of HKScan
across the Baltics.