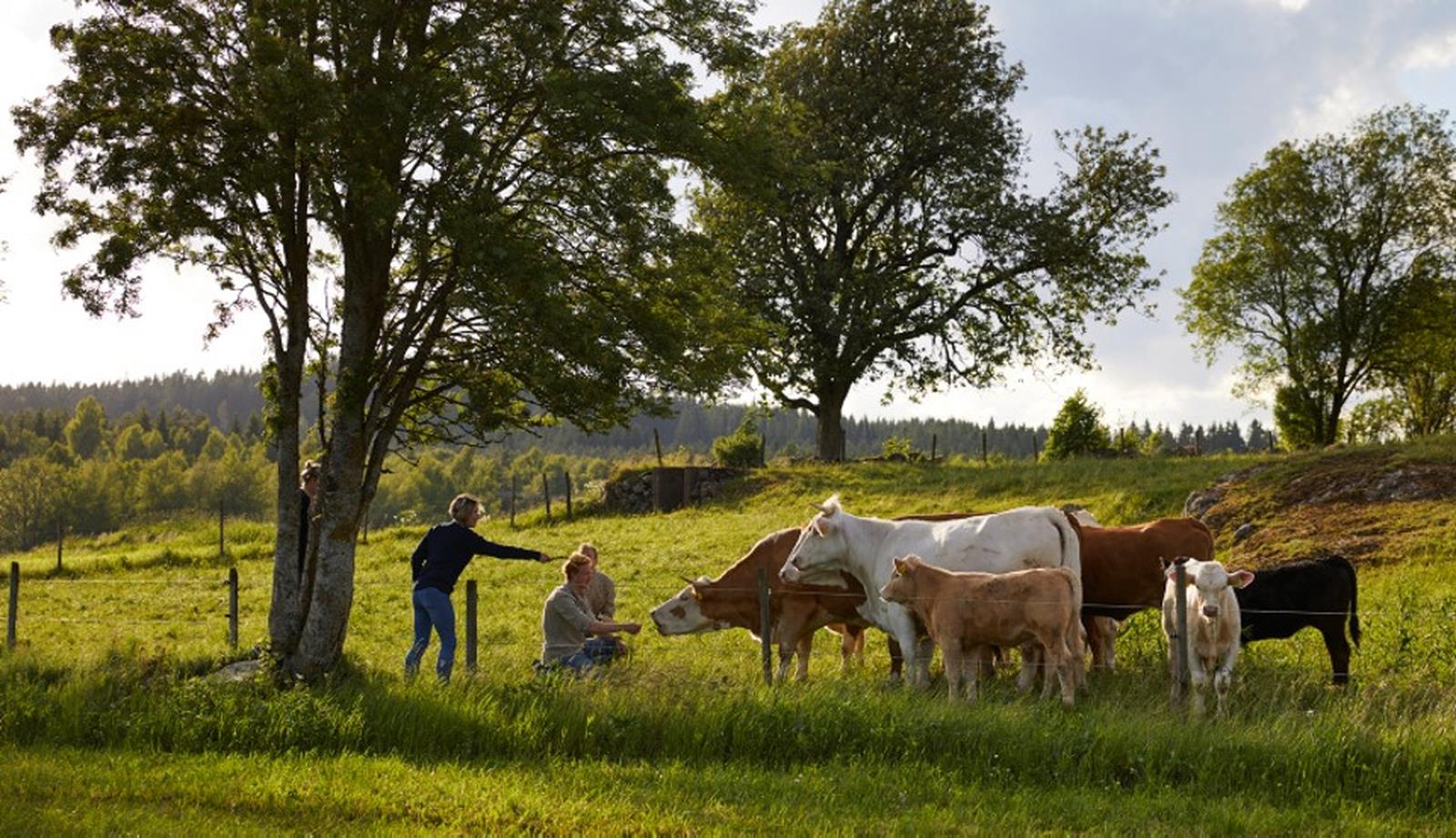 HKScan Sverige aims to increase by 5%* the area that its suppliers, Swedish farms, use to promote biodiversity by the year 2030. No standard has currently been established that enables the measurement and monitoring of biodiversity in the agricultural landscape. HKScan has now started to collaborate with Svenskt Sigill to measure and monitor biodiversity on these farms.

Preserving biodiversity, i.e. having a landscape with many different habitat types and different species with high genetic variation, is one of the requirements to secure a sustainable future. The Swedish agricultural landscape is an important habitat for many Swedish species. Unfortunately, it is also among the landscapes that have many species on the red list, while the greatest threat to biodiversity in Sweden is overgrown pasture caused by a reduction in the number of grazing animals. HKScan wants to reverse this negative trend and help increase biodiversity once again.

“Many operations have included biodiversity as an indicator in their sustainability work. Being able to measure the progress that’s being made is important as biodiversity forms one of the UN’s Sustainable Development Goals and the planetary boundaries,” says Vera Söderberg, Research & CR Development Manager at HKScan. “We need a tool that enables us to monitor whether the actions taken are really having their intended effect, so it’s a great pleasure for me to present this new method that we’ve developed with Svenskt Sigill.”

This method involves the farms carrying out a review, looking at the extent to which they meet each action on the list. For example, one action could be the number of hectares of natural pasture the farm manages. The overall score for all of the actions is the value that is given to the individual farm. A lot of importance has been placed on making it easy for the farmers to use this list, while inspiring them to go even further. New measurements are then performed on a regular basis to evaluate the progress the farms are making on biodiversity. HKScan is going to use this method for collecting data and monitoring actions as part of its Gårdsinitiativet environmental investment.

“It’s so great that the work we’ve been doing on the certifications in Svenskt Sigill is now having a ripple effect. Of course we want even more farmers to work to increase biodiversity and save more insects, birds and wildlife in our agricultural landscape,” says Helena Allard, Head of Sustainability at Svenskt Sigill.

As well as the obvious benefits that greater biodiversity has for the planet, it is often profitable for the farm itself. Pollinators help to increase harvests, wasps and owls lead to fewer pests, and nature becomes more resistant to climate change. HKScan hopes that more people will decide to use Svenskt Sigill’s list to measure biodiversity, as this will increase biodiversity and create uniformity in the industry. HKScan and Svenskt Sigill have started discussions with Agronod, the node for data sharing and new digital solutions in primary production, to make this method available on its digital platform in the future.

“It’s important to have methods across different industries to promote sustainability and biodiversity. We think that it’s an incredible initiative that HKScan has developed with Svenskt Sigill and we think it’s a great idea for us to help provide a solution across different industries. This is why we’re looking into the possibility of making this list available in Agronod,” says Emilia Liljeström, CEO of Agronod.

*average for all of HKScan’s suppliers, using 2019 as the base year