One Hundred Meaty Years, a documentary about the 100 years of HKScan, received two gold awards in the Aurora Awards international film competition in the United States. The documentary received gold in the Corporate Image and Documentary Historical series. This was the 18th time the competition had been held. Films from all around the world were submitted. The members of the jury consisted of scriptwriters, directors, producers and other film industry professionals from all over North America.

The jury said that HKScan's documentary had, for example, great use of archive footage.

Gems from the archives

One Hundred Meaty Years is based on old archive material. In addition to newsflashes, and footage from old film and TV advertisements, the documentary contains clips from advisory films that were made decades ago, and from co-op store-related propaganda films. Old footage found in the company archives was converted into digital format and the originals
were stored in the National Audiovisual Archive of Finland.

The eleven-minute history documentary was made by Pohjantähti-Elokuva. It was directed by Pami Teirikari and produced by Pepe Teirikari. The film was edited by Jukka Eggert and Salla Tuomi. The script was written by Ahti Taponen from Pohjantähti-Elokuva and Kari Suistoranta and Marja Siltala from HKScan communications.

The director, Pami Teirikari describes the documentary and the process:
“Making this mini-documentary on HKScan's history was an interesting journey into the past. The company was founded in an era when Finland was still part of the Russian empire, the Finnish meat industry was taking its first steps, and film was something very new. Before making the film, an extensive process of tracing material took place. The documentary includes restored parts of films, some of which have not been shown since
they were completed, and some which were thought to have fully disappeared. The documentary moves from old films to TV ads which, in a fun way, show what the food trends and life were like in different eras. The documentary covers one hundred years of development in the meat industry and society.”

You can watch the documentary at www.hkscan.com:
The version in English is at: 110 Meaty Years - YouTube 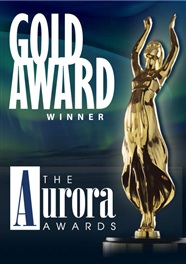 HKScan is one of the leading food companies in northern Europe, with home markets in Finland, Sweden, Denmark, the Baltic countries and Poland. HKScan manufactures, sells and markets pork and beef, poultry products, processed meats and convenience foods under strong brand names. Its customers are the retail, food service, industrial and export sectors. In 2012, it had net sales of EUR 2.5 billion and some 11 000 employees.

This award-winning documentary describes the growth of the provincial slaughterhouse cooperative, founded by cattle farmers from South West Finland, and its expansion into its current form as an international expert in the food sector. Because HKScan, and its main owner LSO Cooperative, consisting of meat producers, have a shared history, they also celebrate the anniversary together.

In the documentary, the different phases of HKScan and LSO are linked as a close part of Finnish history. It involves two World Wars and related eras of depression, but also a time of rebuilding and the growth of well-being.

The 1930s was a significant decade for LSO. LSO built a bacon slaughterhouse in Turku. The bacon rib made by the slaughterhouse was a hit, and at its peak, millions of kilograms were exported to the UK. At the end of the decade, the company also exported beef to Central Europe. Successful exports supplemented domestic sales and also provided good financial results for the co-op.

After the war, price relations changed permanently, export no longer paid off, and the focus shifted to the domestic market and to expanding processing operations. In the 1950s, LSO's meat manufacture production increased sixfold from the pre-war era.

The first branded products from LSO and HK were already introduced in the early 1960s, but the 1970s was the actual breakthrough in brand building and in developing consumer marketing.

The historical documentary describes the company's strong co-op values in the first decades. The company used to be a production cooperative of meat farming peasants.

The largest change in principle was in 1988, when the cooperative slaughterhouse Lounais-Suomen Osuusteurastamo incorporated its operations and marketing. The next step took place nine years later when the company was listed on the Helsinki Stock Exchange. The business functions of the co-op and the company were separated from each other, and since then the task of LSO Cooperative has been to act as the company's main owner.

The listing made it possible for the company, now known as HKScan, to go international, and the company began that process in 1998 in the Baltic countries.

More information about the history of HKScan is available here.