On Wednesday 21 February, the meat processing company HKScan held an official ceremony to open a new dumpling production line at its Jelgava unit in Latvia, which gives it the opportunity to double the production volumes. All dumplings from the meat brands Rakvere and Rīgas Miesnieks are produced in Jelgava, supplying the domestic market, as well as rest of the Baltics. Furthermore, it is planned to expand the export destinations in the future.

The company has invested EUR 300,000 in the new production line. The technologies introduced allow the company to bring to the market innovative products with new and interesting recipes, as well as giving it the opportunity to increase production volumes. For example, the new dumpling line allows HKScan to produce dumplings with thinner dough, more filling and different kinds of fillings (using fresh meat only, vegetables, sauces, etc.). Currently, ten different products are produced on the line, including baked dumplings.with meat and cheese, dumplings with Bologna sauce, and dumplings with smoked meat.

Jānis Dūklavs, Minister of Agriculture: “An investment in a company operating in Latvia is an investment in the whole economy of our country. Therefore it is remarkable what HKScan has done in the former Jelgava meat processing factory by creating a new and more powerful production line. High-quality meat production in Jelgava has been developed for more than 80 years, thus strengthening its brands. And these brands have a place not only in the Latvian and Baltic countries, but also in the Scandinavian, Danish and other markets.”

“The introduction of the new dumpling production line at the Jelgava factory is another important step in the development of our company. We see vast potential for growth in the Baltic region, and thanks to the new equipment, we will be able to significantly improve production in the frozen food product category. At the moment, dumplings produced in Jelgava fill store shelves in the Baltics; however, we hope to expand our exports beyond the Baltics,” says Heino Lapins, sales director of HKScan Latvia.

Andris Rāviņš, Chairman of Jelgava City Council: “In the city of Jelgava, we are determined to work to support entrepreneurship. The balance between newly established and liquidated companies in Jelgava is the best in the country. In 2017, 246 new companies were registered, whereas 236 were liquidated. That means that there are 72 active companies per 1,000 citizens of Jelgava. Overall, the business environment in the city is in order, and Jelgava has become the business centre of the Zemgale region. As the city possesses ancient production traditions, it is only natural that our meat processing company expands and increases its production volume.”

The official opening ceremony was attended by Jānis Dūklavs, minister of agriculture; Pārsla Rigonda Krieviņa, deputy state secretary at the Ministry of Agriculture; and Andris Rāviņš, mayor of Jelgava; as well as Jari Latvanen, CEO of HKScan Group and Heino Lapiņš, sales director of HKScan Latvia.

In May 2014, the company Rīgas Miesnieks, part of the HKScan Group, changed its legal name to HKScan Latvia. The meat brands Rīgas Miesnieks, Rakvere, Tallegg and Jelgava belong to the HKScan Latvia product portfolio. HKScan is the leading Nordic food company. We sell, market and produce high-quality, responsibly produced pork, beef, poultry and lamb products, processed meats and convenience foods under strong brand names. Our customers are the retail, food service, industrial and export sectors, and our home markets comprise Finland, Sweden, Denmark and the Baltics. We export to close to 50 countries. In 2017, HKScan had net sales of nearly EUR 1.8 billion and some 7,300 employees. 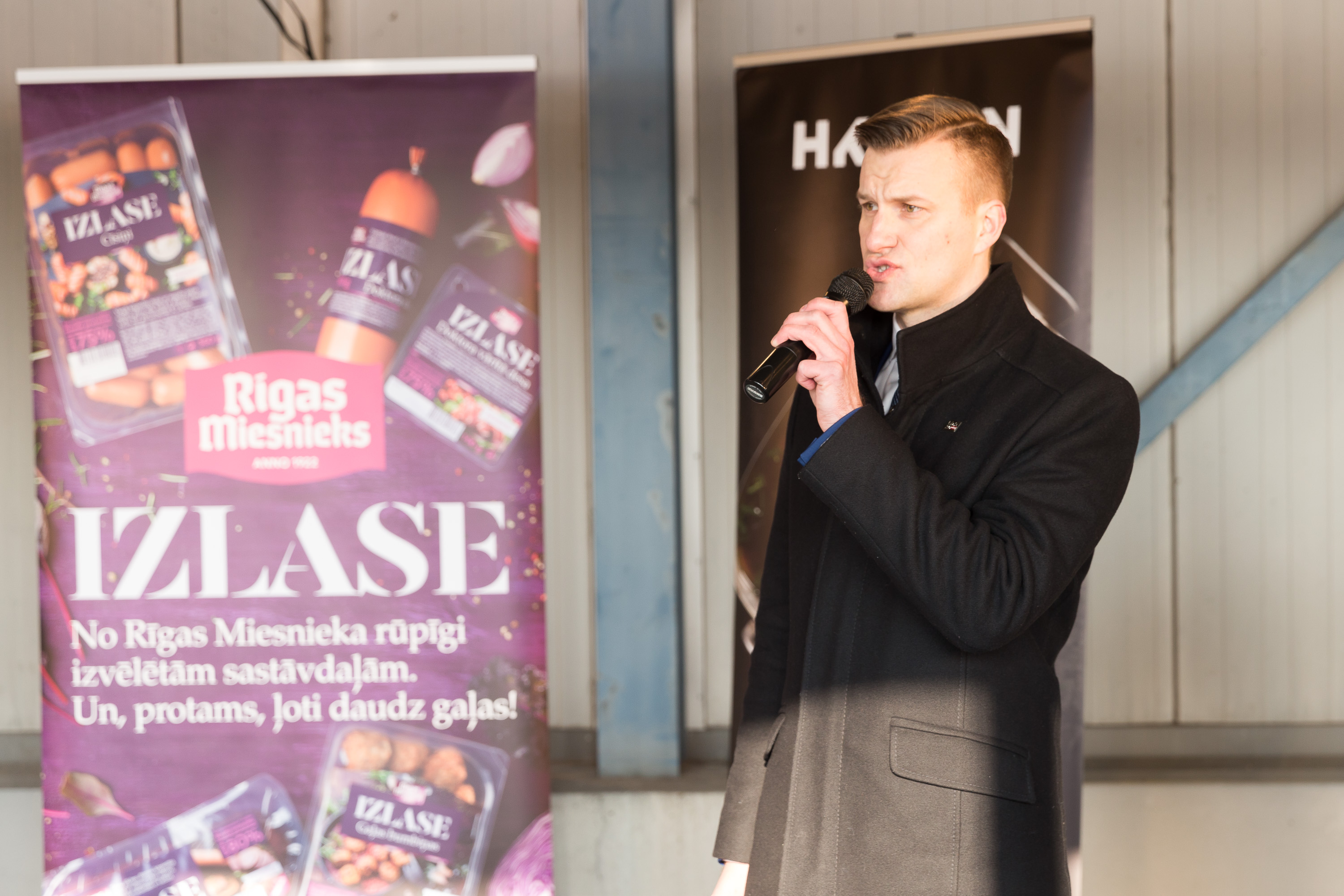 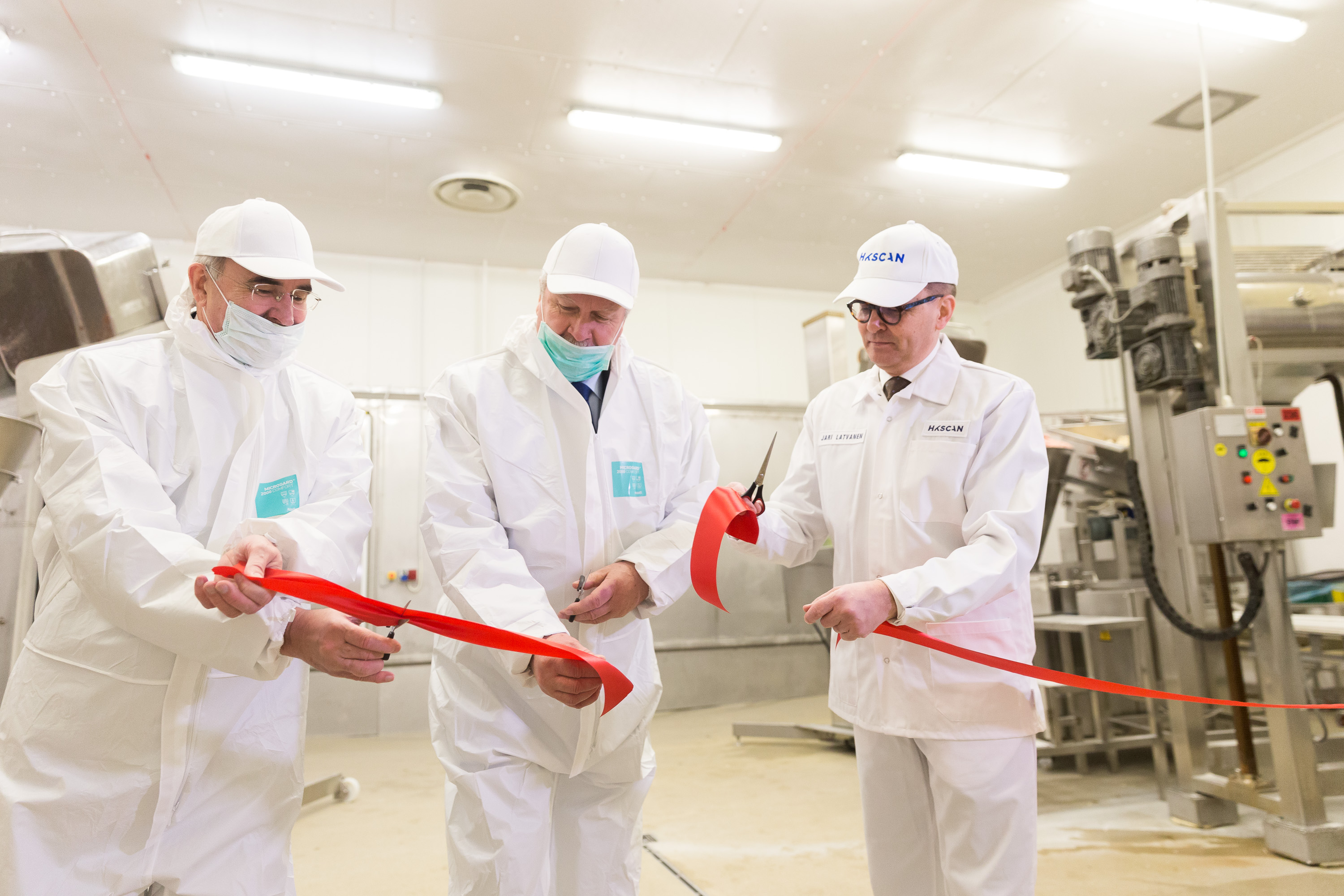 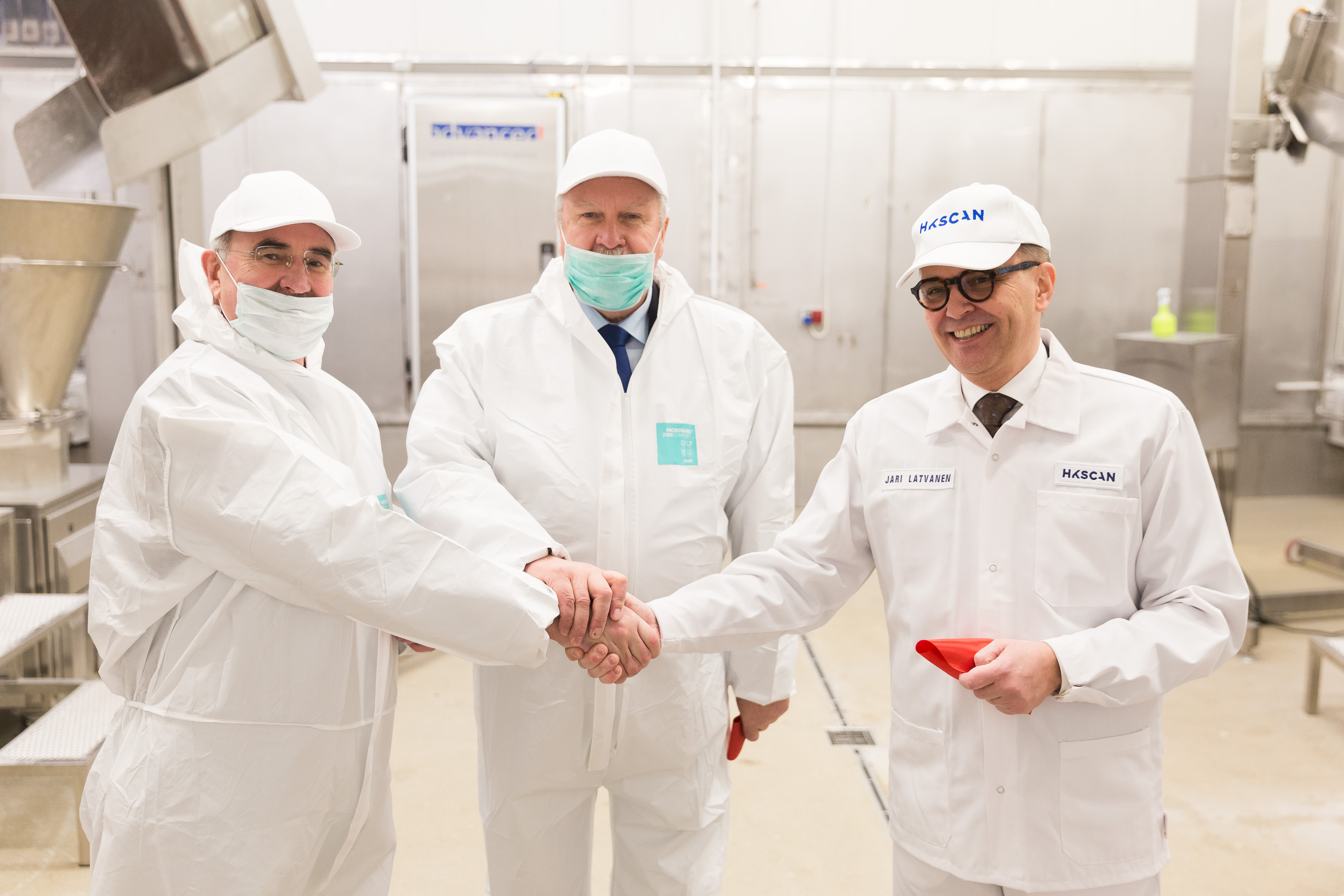 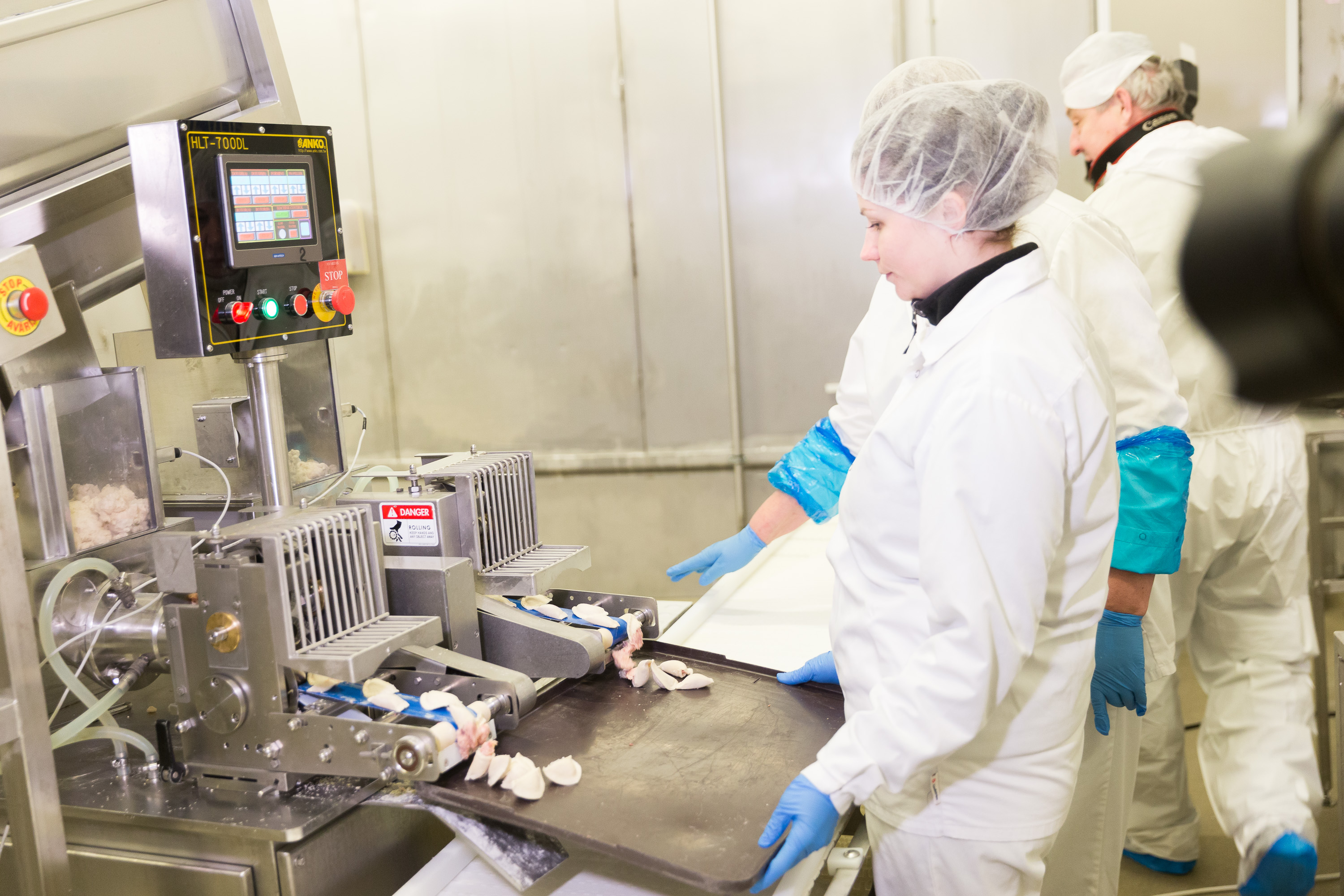 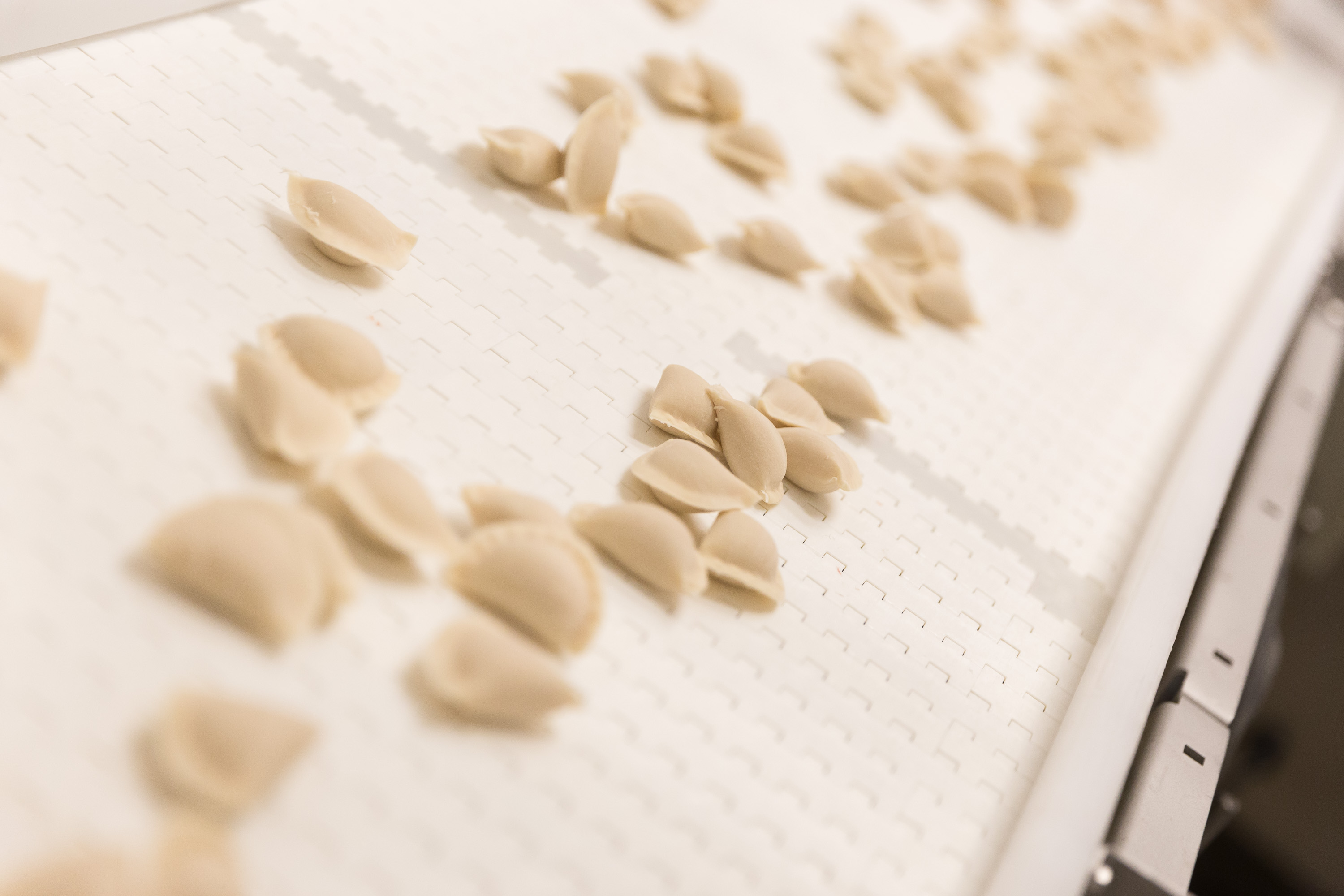 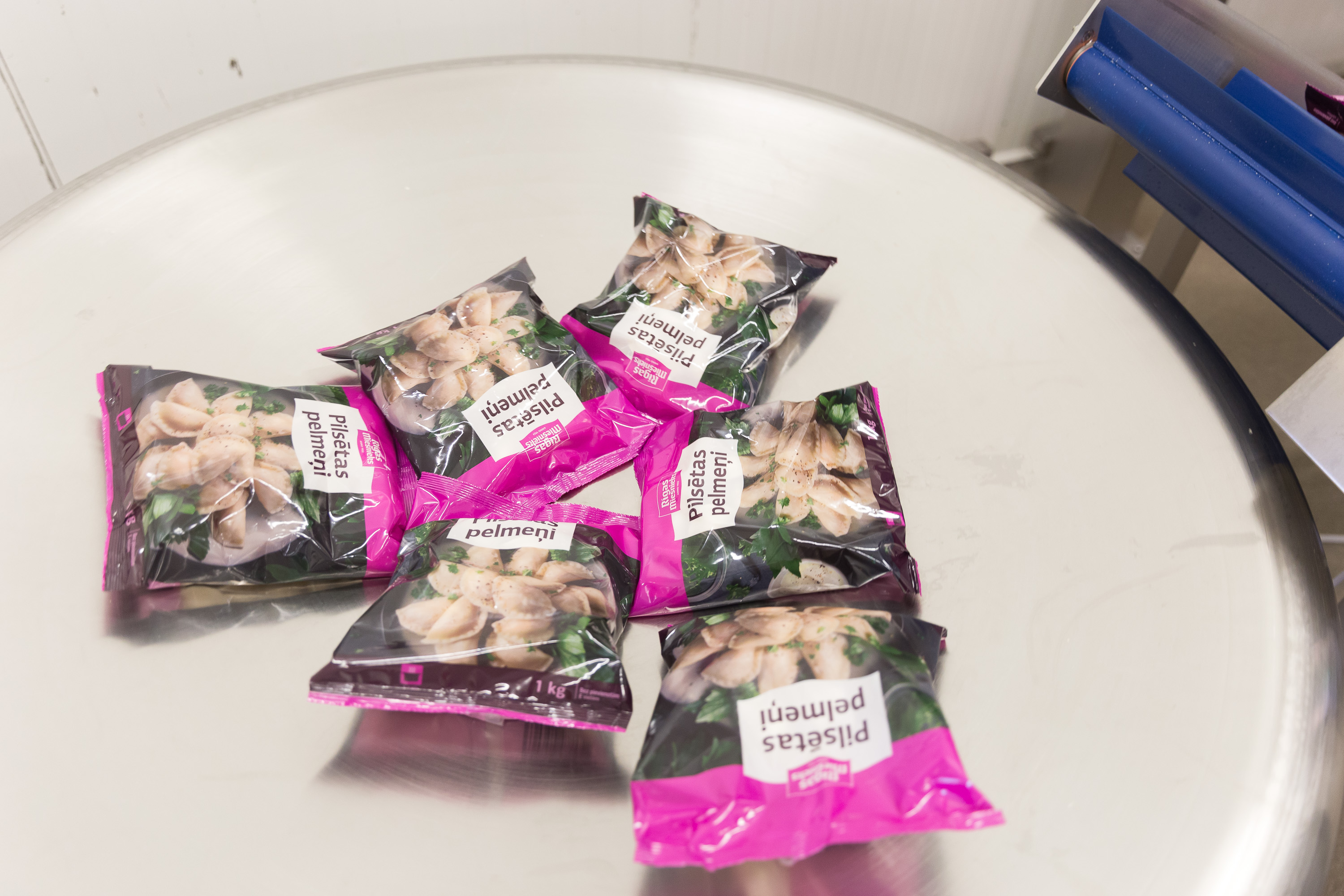 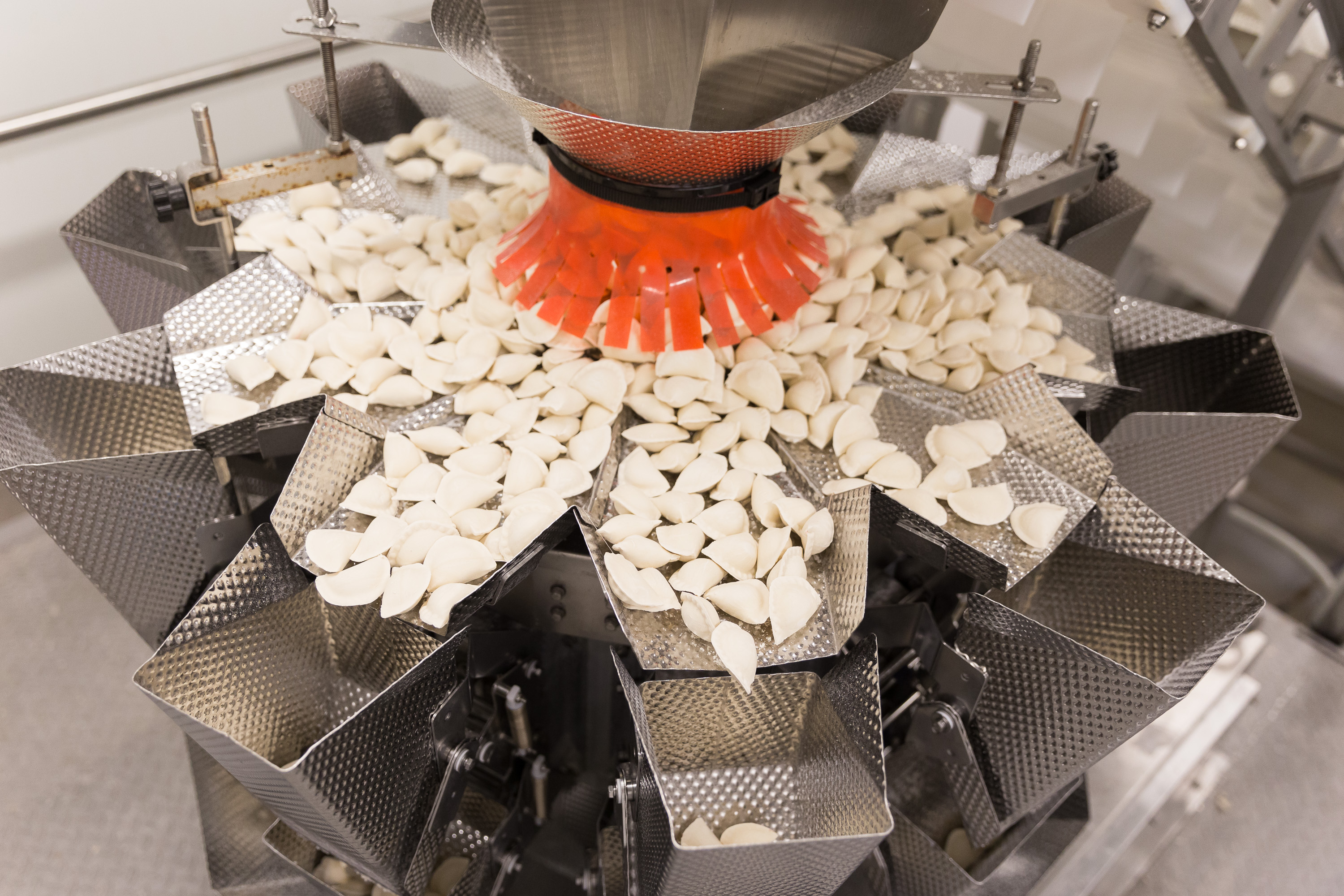